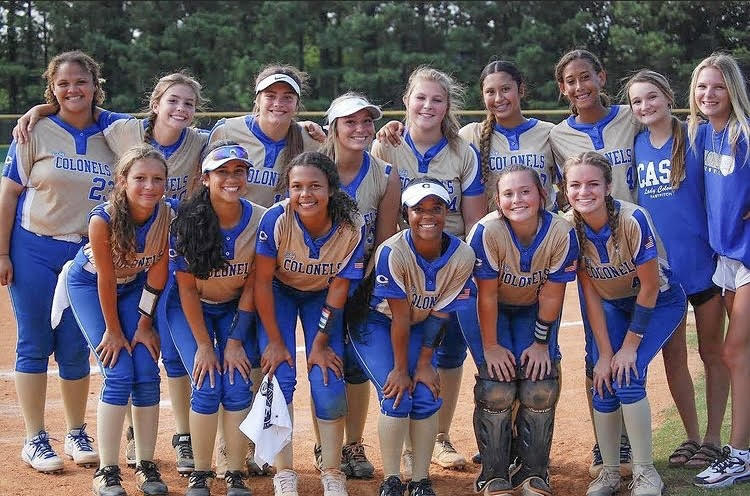 This would be the second year in a row the Lady Colonels made the playoffs with last year being the first time in fifteen years. Although they had a 1st round exit to Chamblee, the girls competed well and are focused on continuing the tradition next year.

“I think we were good at not giving up,” says senior pitcher Rachael Lee. “When it got to the last of the season, we could have easily given up because we had a chance to miss the playoffs, but we never gave up and ended up making it.”

This graduating group of seniors have faced a lot of adversity and fully deserves their accolades. Starting on Varsity as freshmen, they have competed against big 7A schools, they faced a season of uncertainty because of COVID-19, and they have shown their hard work by making the playoffs after being moved to a lower region.

“I can’t even put it into words, they’ve built a legacy here,” says head coach Taylor Washington. “I think the seniors did a good job of leading the younger group and now they’re ready to take over and be leaders of this team.”

Senior Kelly Young describes their journey as “a group of girls came into high school under a lot of pressure.” She says, “We were ‘the next big things,’ yet we only beat two teams our freshman year. we’ve grown so much and I’m proud of us. I’m looking forward to seeing our upcoming seniors take over the team next year, they are great leaders, and they will continue to lead the team in the right direction.”

Next year’s seniors Alexis Woods, Haylee Dishmon, Ansley Hight have all played since freshman year and are looking forward to stepping up as leaders.

When asked about how she felt about filling in the leadership role, Alexis Woods commented, “Ever since I stepped foot into Cass High School, I knew I had to be a leader even though I was stepping in as a freshman. Now it’s about to be my senior year and I just keep the same mindset. Do the little things right and the little things will cover the big things. I have been confident ever since moving here knowing we were going to make the playoffs at least one of my four years and we made it twice. I couldn’t be prouder.”

The Lady Colonels finished their 2021-2022 season with an (11-13) record and are now focusing on developing as a team and advancing to the playoffs for the third year in a row.