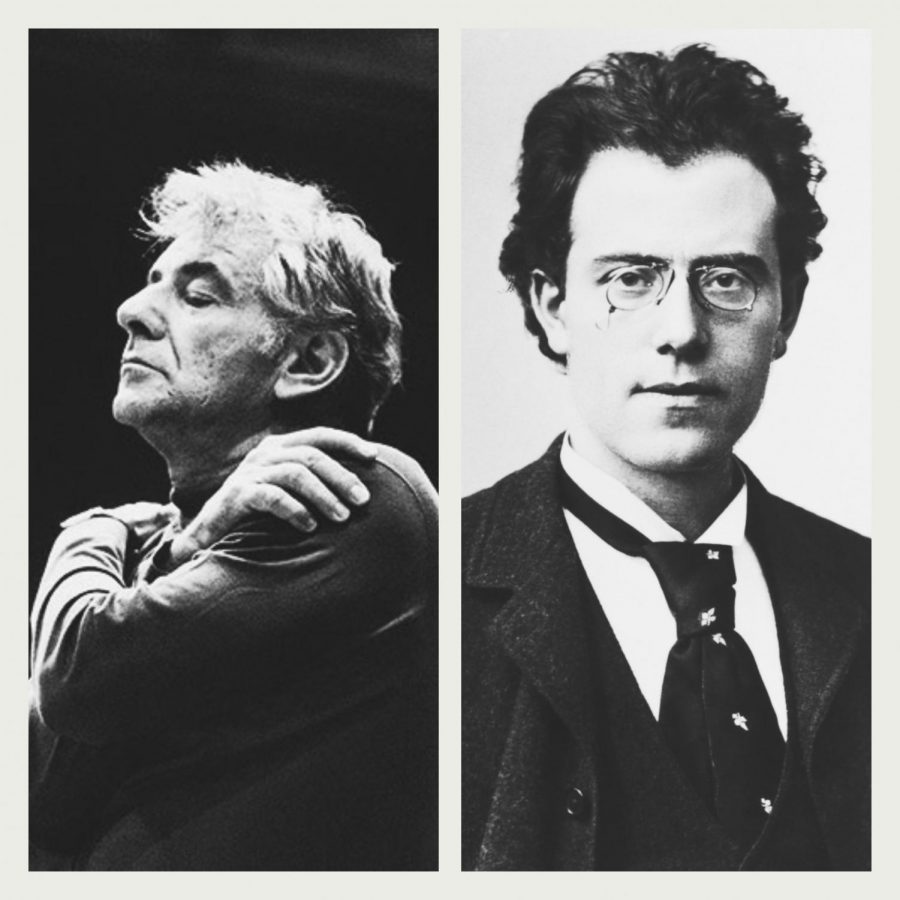 Bernstein and Mahler: A Study of Musical Connection

How does music, the mere idea of creating, recording, and ultimately performing a string of sound, stand the test of time, space, and culture within the human existence? After millions of years of human existence, why do we continue to participate in music?

The answers to these somewhat esoteric questions lie in the human experience itself. When we are able to resonate with each other’s experiences, music is capable of producing magnificent feelings even such as the heavens opening. The perfect example of music peaking as the product of magnificent collaboration is Leonard Bernstein’s Mahler Cycle with the Vienna Philharmonic.

In order to fully understand why this historic event was so significant, one must know the background of the music itself. The 9 symphonies that Bernstein performed were written by the profound Gustav Mahler. Mahler was born into a war-torn Jewish family living in rural Austria. He suffered through many trials in his early years as his father never approved of his musical inclinations and had to watch 8 of his siblings die. Eventually, Mahler moved to Vienna and became a famous opera conductor, even becoming the conductor of the New York Philharmonic. Unfortunately, conducting was never Mahler’s true passion. Every summer he would return to a hut in Vienna to compose his 9 symphonies. Each symphony seemed to tell a dramatic story of his perspectives on Jewish oppression, death, and the musical influences of the entire world. As a classical music historian, Thomas Little, puts it, “Mahler truly begins to … write music that is like the world and embraces everything.” Even though Mahler was able to premiere his early symphonies, they were never met with acclaim and were forgotten after his death. The Nazi regime even banned his music entirely.

When Leonard Bernstein discovered these symphonies, he was immediately drawn to them. Lenny, as many called him, was also born into a Jewish family during anti-Semitic wartime. He was raised without music and was alienated by his father. Leonard also grew to fame through conducting with the New York Philharmonic but was never recognized for his true composing passion. Michael Tilson Thomas, one of Bernstein’s close friends, once stated that “he was a person who experienced a great deal of wonder and a great deal of despair.” In many ways, Leonard felt connected to Mahler and his music, sharing his pain for loss and passion for embracing the world’s musical influences.

When WWII finally ended and the Nazis lost control of the German Empire, Bernstein saw an incredible opportunity. In the 1970s, Bernstein traveled to Mahler’s hometown, Vienna, to perform a complete cycle of his 9 symphonies with the Vienna Philharmonic. This orchestra contained musicians either selected by Mahler himself or related to former musicians selected by Mahler during his time with the orchestra. Leonard, in reflection upon the historic performances, once said that the Vienna Philharmonic “had become the vessel, the holy vessel for something holy.”

This perfect alignment of musical background and shared pain and triumph created some of the most fantastical, romantic performances throughout human history. Leonard brought fame to Mahler’s work, blazing the trail for decades of more performances. Yet throughout all these years, no one has ever come close to the pure emotional beauty that Leonard was able to create.

The story of this historic example of musical connection shows us that despite cultural and political barriers such as a Jewish conductor performing symphonies with an orchestra formerly under Nazi control and temporal barriers such as a conductor from the 1970s discovering works of a composer from the late 1800s, music can prevail to unite and express the most fragile and sacred elements of the human condition.

If you don’t believe me, take a listen for yourself. These performances changed my life for the better, and I am positive they will change yours too. For nothing is more beautiful than music that encompasses raw human expression.

The Trumpet • Copyright 2021 • FLEX WordPress Theme by SNO • Log in