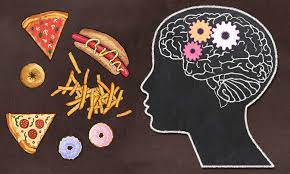 Many find discussing the topic of eating disorders taboo, but it is a serious health problem that many people face on a day-to-day basis. Compulsive overeating, otherwise known as binge eating disorder (BED), is a type of eating disorder that over 2.8 million people in the United States are diagnosed with.

Binge eating disorder occurs in people of all shapes, sizes, and ages, and it is more common in people with obesity. However, many people associate one’s weight with having a disorder such as BED but that does not ring true in all cases. You don’t have to be overweight to have BED and being overweight doesn’t mean you have BED. The idea that someone who is overweight has a binge eating disorder is a social stigma that is not true at all. Having BED goes beyond deeper than what is perceived on the outside, contributing to many factors such as stress, environment, mental health, triggers, and more play a big role in the development of this disorder.

Your neighbor, school friend, sister, brother, parent, guardians can all be susceptible to having an eating disorder such as BED. BED doesn’t discriminate towards who has it nor does it have a “certain look”. You can’t always tell someone has an eating disorder by just looking at them. To the public eye,  someone may seem like they are doing well,  but when they are alone, they may struggle with an eating disorder like BED.

Binging comes with many health risks when it becomes more severe. The more well-known health risks can range from weight gain and obesity and the development of breathing problems, cancer, heart diseases, high blood pressure, and type two diabetes. However, the one health risk that seems to be looked past is the mental health of someone with a binge eating disorder.

Getting over an eating disorder isn’t as simple as a diet and some exercise. Binging can be hard to overcome and the struggle from this disorder is a mental battle within one’s body. Britney Burgunder, a writer from Good Reads states, “No food will ever hurt you as much as an unhealthy mind.” Many people who have BED have rooted into their head many false narratives to beat themselves down into thinking they can never do better, or they have messed up too much to even try to make changes. Having a compulsive overeating disorder challenges, one’s mental health and can affect one’s mind-body, and self-image. The constant degrading and torment one’s mental health faces when having BED can lead to things like anxiety and depression.

From personal experience of battling this disorder, it can be mentally exhausting. Having BED or any eating disorder takes over almost every thought in your mind. My days start to become surrounded around whether or not I should eat or isolating myself from food in fear of the outcome of slurping on food. Little things like my friends offering me a lollipop or chocolate get blown out of proportion in my mind and many people with BED when it should not.

BED isn’t only a physical health problem but a mental health issue. “Simply coming forward and talking about it is the first step,” says Randall Flanery, Ph.D. Having an eating disorder doesn’t make you weak and something you can’t overcome with just willpower. Some may keep it to themselves in order not to “bother” others or to prevent feeling embarrassed, but stepping forward and asking for help is a brave step. If you have BED, or any eating disorder never hesitate to reach out for help; it is an amazing first step.
Hopeline Network: 1-800-442-4673
This is a hotline dedicated to serving anyone in crisis. Sometimes, people with eating disorders might feel so full of shame or self-hatred that they contemplate hurting themselves. If this is true for you, this hotline offers nationwide assistance and support from volunteers specifically trained in crisis intervention. You can talk to someone day or night about anything that’s troubling you, even if it’s not related to an eating disorder. You can also call if you need referrals to eating disorder treatment centers.