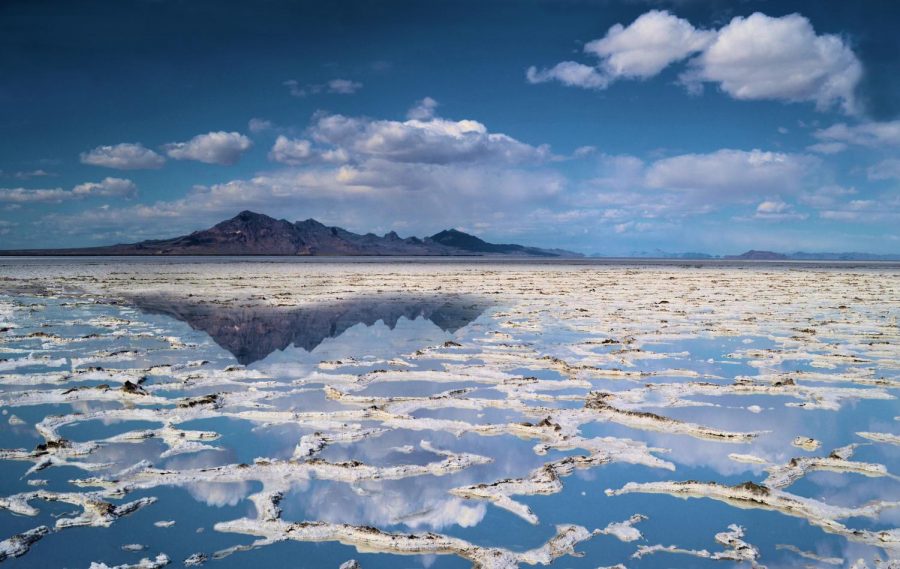 He awoke and found himself somewhere entirely familiar and unfamiliar. Everything was distorted by a mirage of heat; as if the air itself were a burning fire. His head ached horribly, and his eyes felt dry. Under his feet, which he noticed were bare, was warm sand which stretched like a blanket into a hazy horizon, extending out forever in all directions. A thousand shaded stones of violet, green, and blue were littered throughout the endless sands like leaves on the forest floor after a storm. In front of him, maybe five paces, among the brilliantly hued stones, was a single colorless stone. The only colorless stone. He walked to it, crunching over rocks as he went. He stared at it for some time, studying it. The stone was much larger than the others. It was a perfect sphere of about a foot in diameter, perched on top of the sand like a gargoyle. Not a single imperfection dared to attach itself onto this stone. There was not a scratch, blemish, bump, or divot on the thing. It was perfect. He knew not to touch it. He was not supposed to. He continued to stare.

There was no movement around him. No sound. No wind in the air. He had a gut feeling that he was the only living being for quite some distance. He was alone here. He continued to stare.

Time passed. His eyes began to sting harshly. He realized he had not blinked once since he started studying the stone.

How long had he been staring at the stone?

He forced himself to look away, but he could feel the stone had not looked away from him.

To his horror, he realized that the only footprints around him were those which he created from walking up to the stone. Besides those four footprints, the sand was much like the stone, clear of imperfection. It dawned on him that he had not walked to this place. He had not been taken here. He was just here. “Have I always been here—” His inquiry was interrupted by a low hum; a vibration which made the hairs on the nape of his neck stand upright. It was not a loud noise, not at all. But in this place, which was void of all sound, the subtle vibration unsettled him greatly. It grew in a terrifying crescendo. What was once no more than the sound of a bumblebee quickly escalated into an explosion of sound. He clasped his ears tight with his hands, but the noise was not muffled; he did not hear this sound with his ears, he felt it with his body.

The vibration hit in waves which knocked him to his knees. Sand which had been displaced by his footsteps was falling back into place rhythmically with each passing wave; like an etch-a-sketch being shaken clear of a failed drawing. The sand was cleared of imperfection. The thousands of colored stones rose out of the sand in suspended animation. Hanging like stars in the night sky.

He attempted to fight against the ever-strengthening might of the sound in vain. It was like fighting against the ocean. The man reached out with his arms in a final, futile attempt to grasp anything that could help him. There was nothing to grab. He was alone. The sound ceased abruptly. The stones fell softly—like feathers—back into their respective holes in the sand. All was still.

He rubbed his head and began to stand again when a deafening finale of sound cascaded through him, flinging him backwards with tremendous force. His head smashed into something—into the clear rock, he knew it. The impact turned his vision into a kaleidoscope of a thousand multi-colored shapes engulfed in a sea of black. He attempted to move, but the stone held his head onto itself like a magnet. He flailed his limps helplessly but felt that he could no longer touch the sand. He had been suspended by his head like an upside-down tee on top of the clear rock. Blood rushed to his head making his eyes bulge. The clear stone began to vibrate vigorously. His skull, still being pulled like a magnet onto the stone, was like a jackhammer smashing concrete, only the stone was the hammer and his skull was the concrete. Crack. CRACK. Black.

All was still. All was silent.

He awoke and found himself somewhere entirely familiar and unfamiliar.